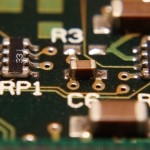 The idea to build a tube amp arose at a party, where all good ideas start. It stayed just an idea for about two years, due to other important things. This winter (2008/2009) the amp got my attention again. So I bought some books, googled for examples, searched explanations and gathered other info. Arnova and I then developed the first drafts for the amp. Later we visited some electronics fairs to get tubes and sockets. I have to be honest, eventually I bought new transformers and tubes. At the fairs I couldn’t find any proper power or output transformers, suitable chokes and half of my EL84 were bad. Reconsider buying old(er) parts.

In an early state I already knew I wanted to build a no-nonsense push-pull amp with EL84 power tubes on each channel. These tubes are very common, quite cheap and there are lots of designs for the taking. I want four EL84 on each channel, because of output power and transformer choice. The output transformers are Amplimo’s 3A524-UL. These transformers can also be used with EL34 tubes (maybe a future project) and have an ultralinear tap at 40%

The power tubes are driven by a ECC81 preamplifier tube. This is a double triode used for amplification and phase conversion. We need a phase convertor for the push-pull power stage.

As this is my timejump to the past, I tried to avoid any semiconductor. No diodebridges and transistorized current sources, unless… Unless you use a power transformer without centertap at it’s secundairy winding, like the Amplimo 6N606. So I can’t use a nice tube to rectify the AC from the power transformers, so I have to use a bridge rectifier to do the job.

The power supply is quite simple. From left to right you see the mains-entry, a power switch, a fuse, the transformer, a bridge rectifier (the only semiconductor), a choke and the capacitors. 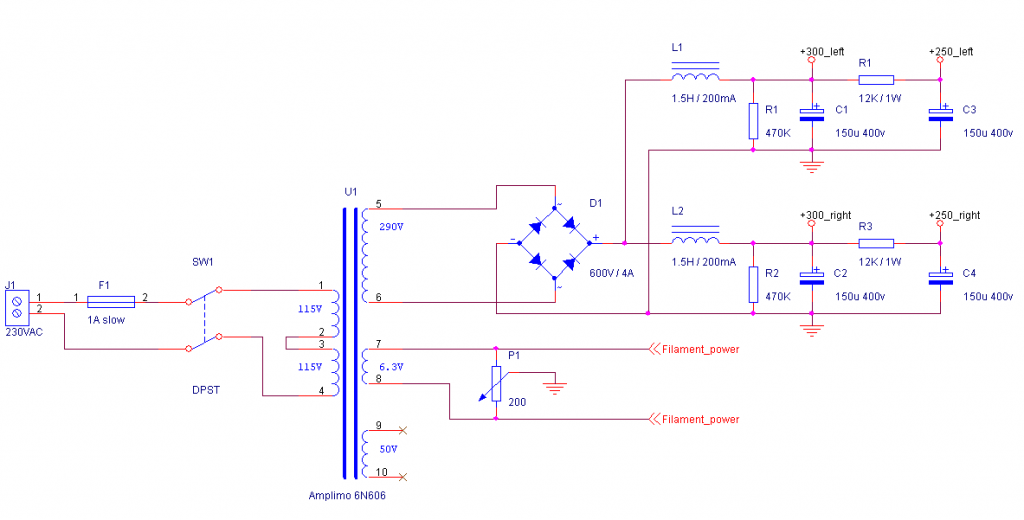 The transformer has three secundairy windings. One produces the high-voltage (HV) of 290VAC. The winding for filament power produces 6.3 volts and the maximum current is 6.8 amps. It also has an additional 50 volts winding you can use to bias power tubes. I don’t use this as I’m using cathode resistors to bias the EL84-tubes. 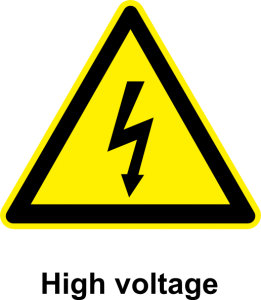 Warning: The tube amplifier described on this page works with very high voltages that can be lethal. Building tube amplifiers is not for the unskilled electronics hobbyist. Always be carefull !!!

The only really expensive part is the power transformer, which costs about 80 euros (or 115 USD). Remember you can recycle this power transformer for a four tube EL34 amp. If you’re an electronics enthousiast you’ll probably have the rest of the components in your private stock.

The amplifier is as simple as a push-pull amplifier can be. Your audiosignal comes in left where the volume is set by the potmeter. From there it enters the phase convertor via a capacitor. This capacitor prevents any high DC voltage involved with tubes to go back to the input connector.

The amplified and phase inverted signal is coupled to the power tubes by C3 and C4. These capacitors block the high voltage DC-component of the ECC81 anodes so only the audio signal is passed through.

The output stage is the ‘push-pull’ type. This means that the output tubes are driven with opposite signals.

A few parts are not drawn in the schematic: the tube sockets. Get yourself some magnoval sockets for chassis mounting.

How does it sound?

After all this work I was very very very exciting about the sound of this amp. To be frank, it’s sounds very nice. I haven’t used any equalizer or whatever, just the plain tubes.

That’s it for now. I have to listen to it for a while and then I’ll write more about it.

Ready for some images? You can click on at the pictures to see them full size! 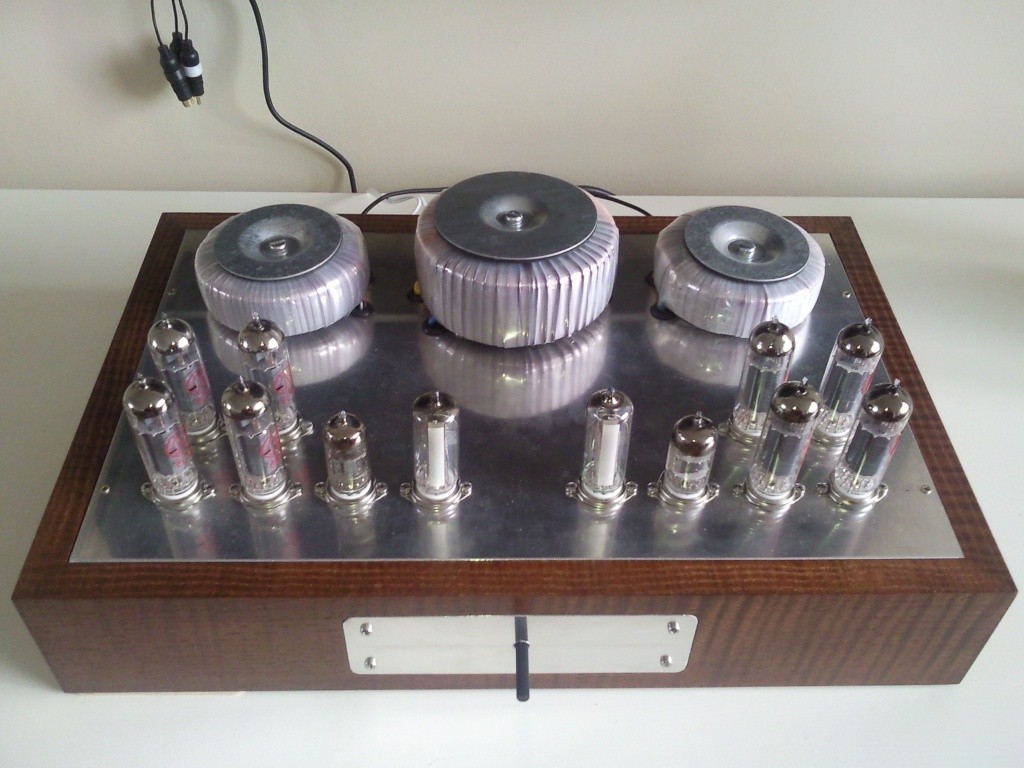 All the connectors at the back (cinch for inputs, 4mm, screwterminals for outputs) 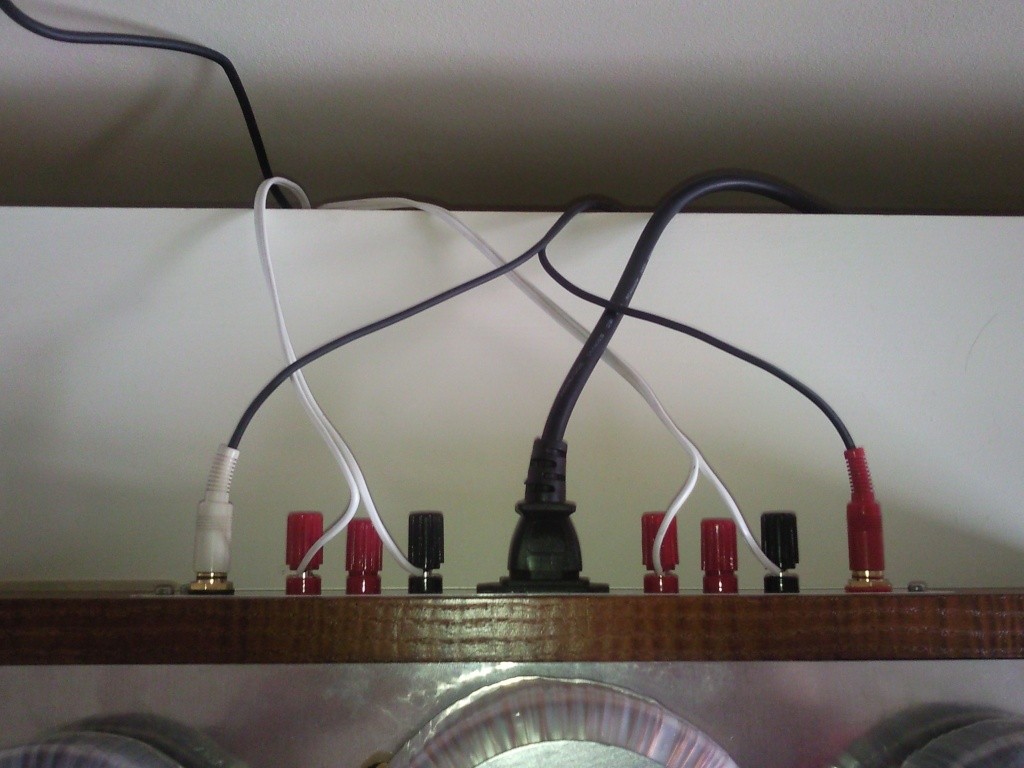 Left channel with the big power transformer and an output transformer 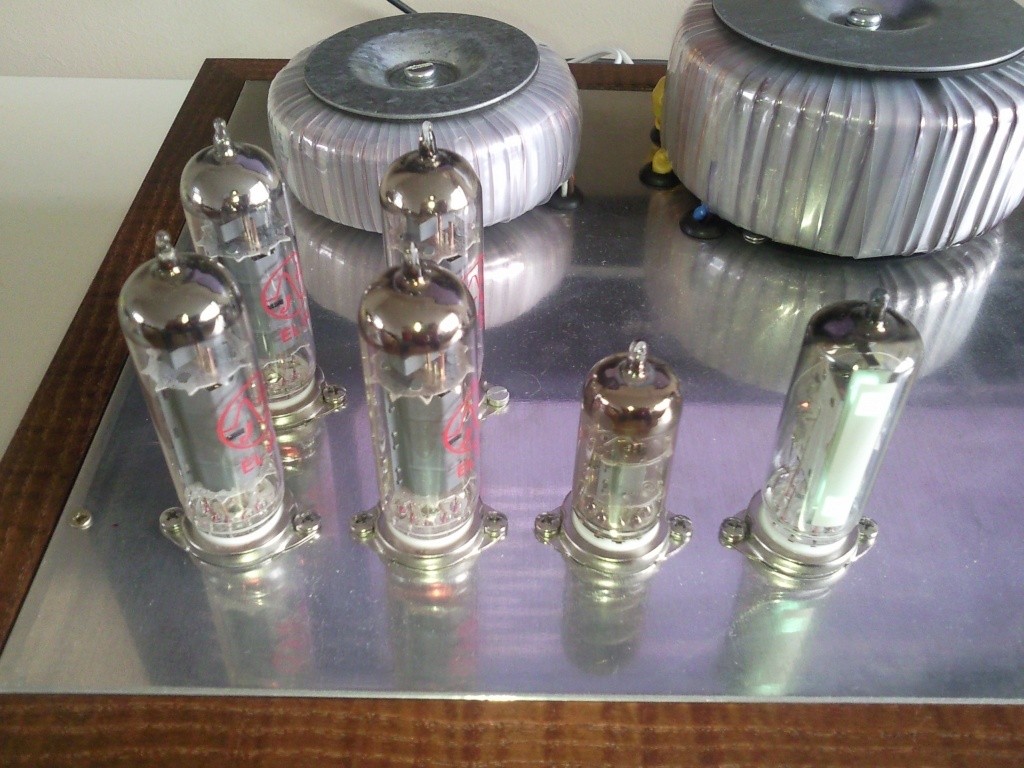 The right channel, check out the nice JJ tubes 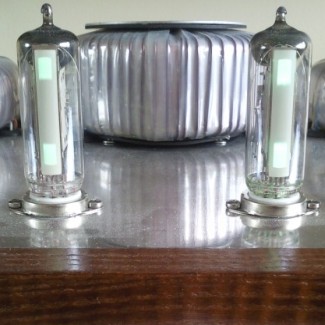 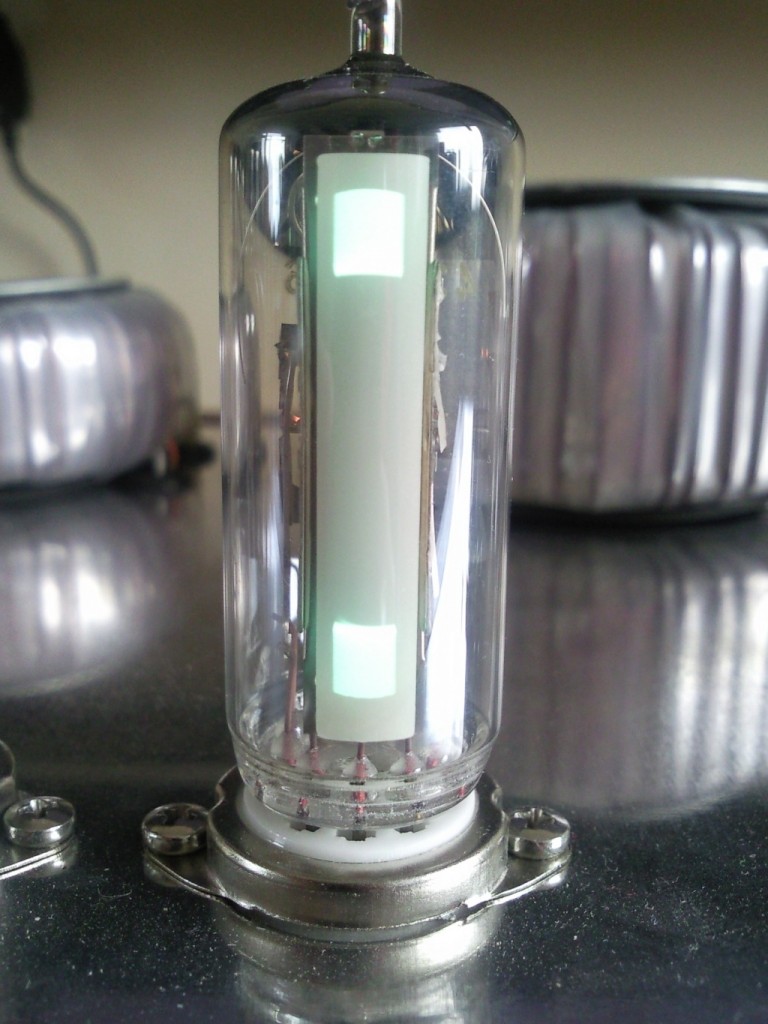 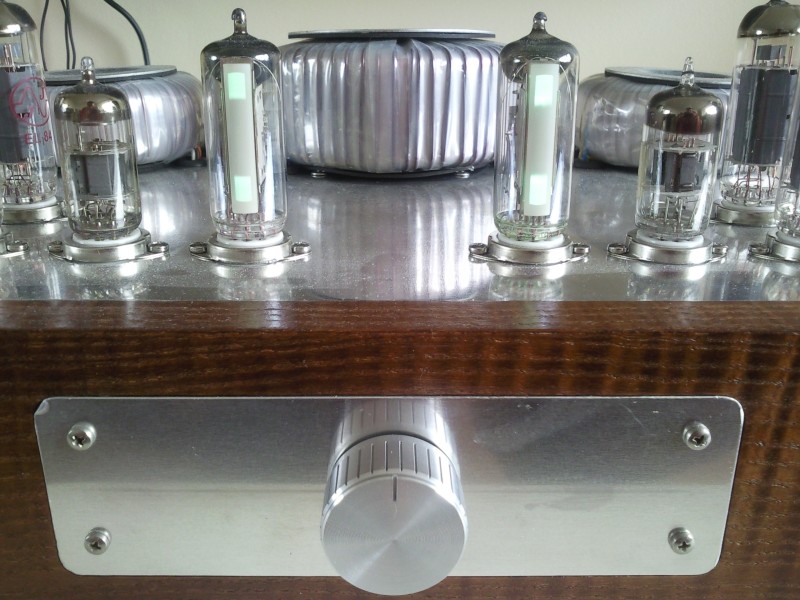 Books and other information sources

– I got the Orcad libraries from Eugene Karpov: www.next-tube.com/libs.php

– The experts at Circuits Online

This site uses Akismet to reduce spam. Learn how your comment data is processed.